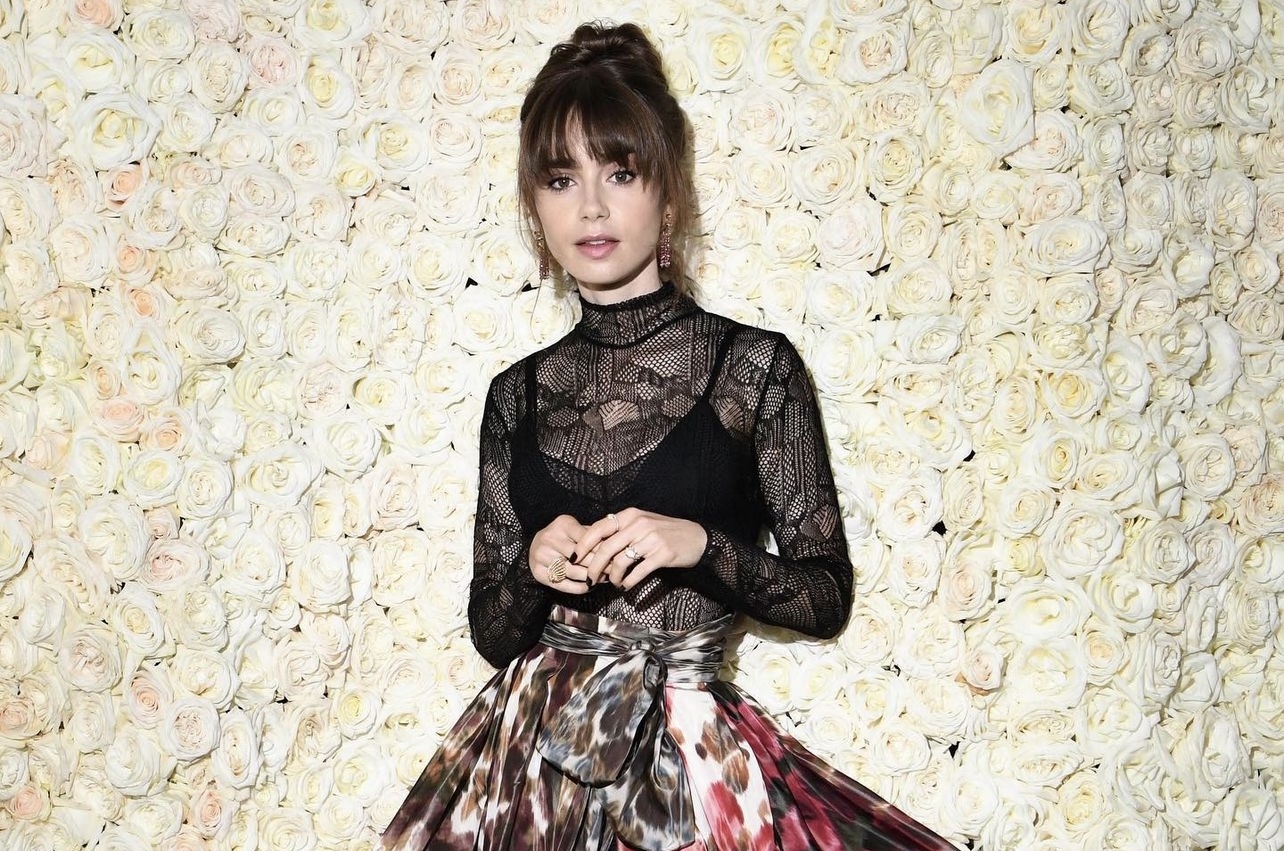 On October 15th, the Academy Museum of Motion Pictures hosted a special event in honour of the biggest names in entertainment. A starry night filled with many memorable moments, which included the viral photo between Selena Gomez and Hailey Bieber, Julia Roberts’ Icon Award, in celebration of her successful career for over three decades, Miky Lee, Steve McQueen, and Tilda Swinton were also recognised for their influential roles in film. 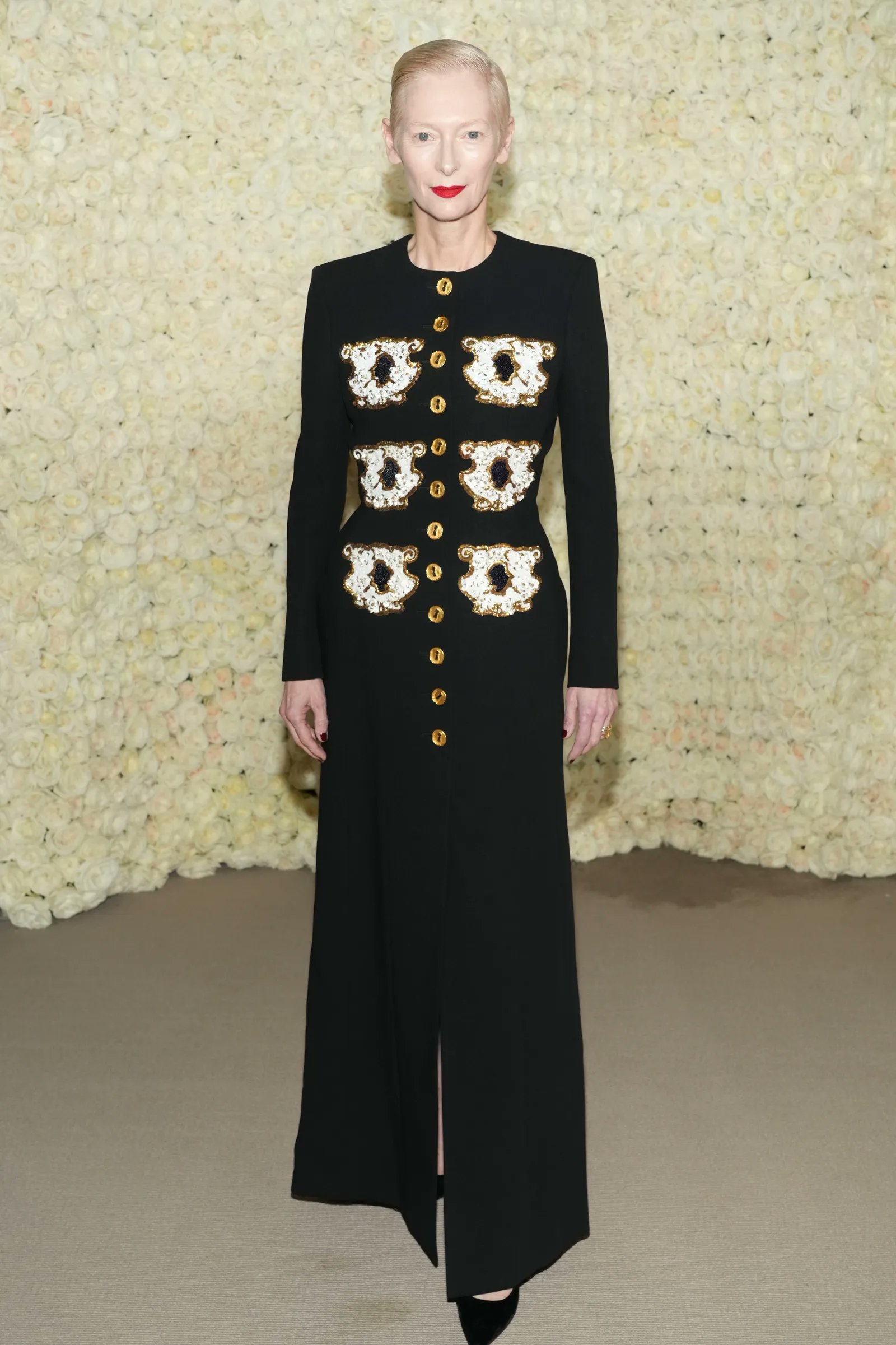 The Academy Museum Gala raised over $10 million in donations for the Academy Museum of Motion Pictures, attracting the biggest entertainment names to LA on Saturday night. As expected, the stars who attended looked ritzy while gracing the red carpet, showcasing their finest garments from the most respected and prestigious brands. From the iconic Kerry Washington in Prabalgurung to the Euphoria star Alexa Demie in Balenciaga, it would be an understatement to say this event served some unforgettable looks this year. 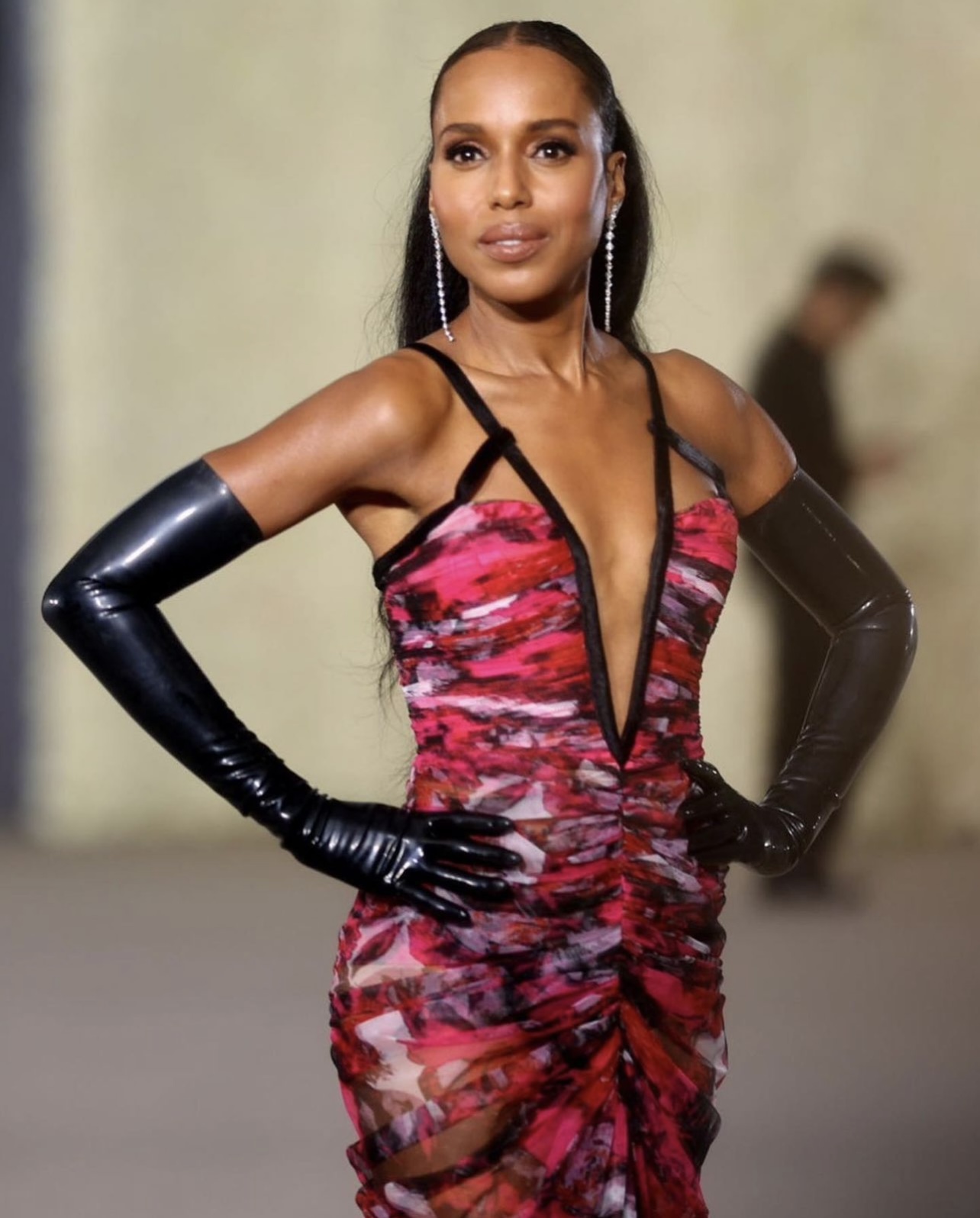 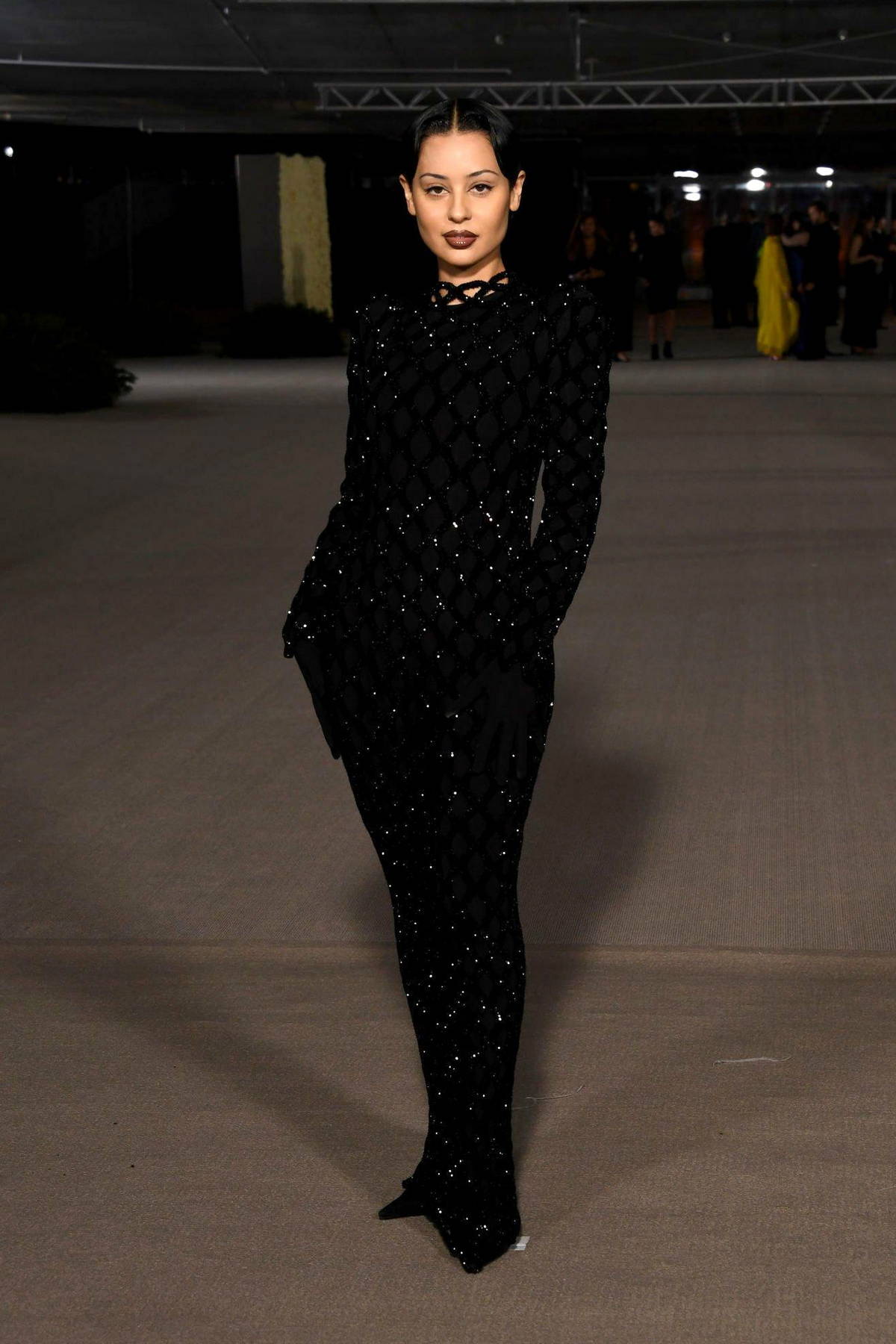 Although Selena and Hailey’s internet-breaking pic and Kaia Gerber’s sheer perfection Alaïa gown by Pieter Mullier might have been the latest buzz in the headlines over the weekend, there are some seriously breathtaking fashion moments worth noting that you might have missed. 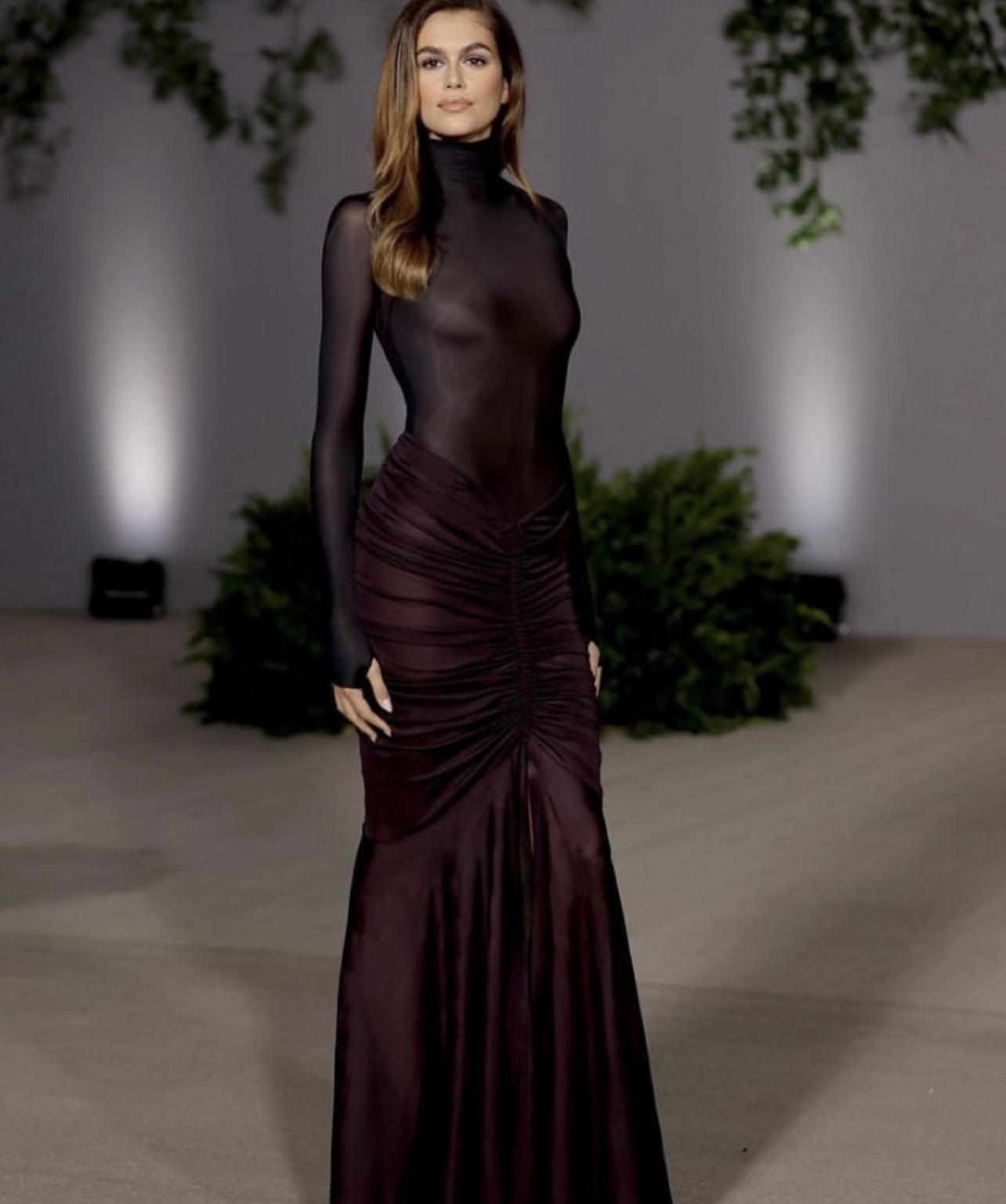 Starting off with the ‘Emily in Paris’ star Lily Collins giving us maximalist vibes by wearing a lace, turtleneck bodysuit with a floral, floor-length, layered Dior skirt including a thigh-high slit to match the exuberance of the look. A signature design move from Dior with their classic cinched waist and full skirt design but with a bold twist of the bodysuit and leg slit, undoubtedly one of the most eye-catching looks of the night. 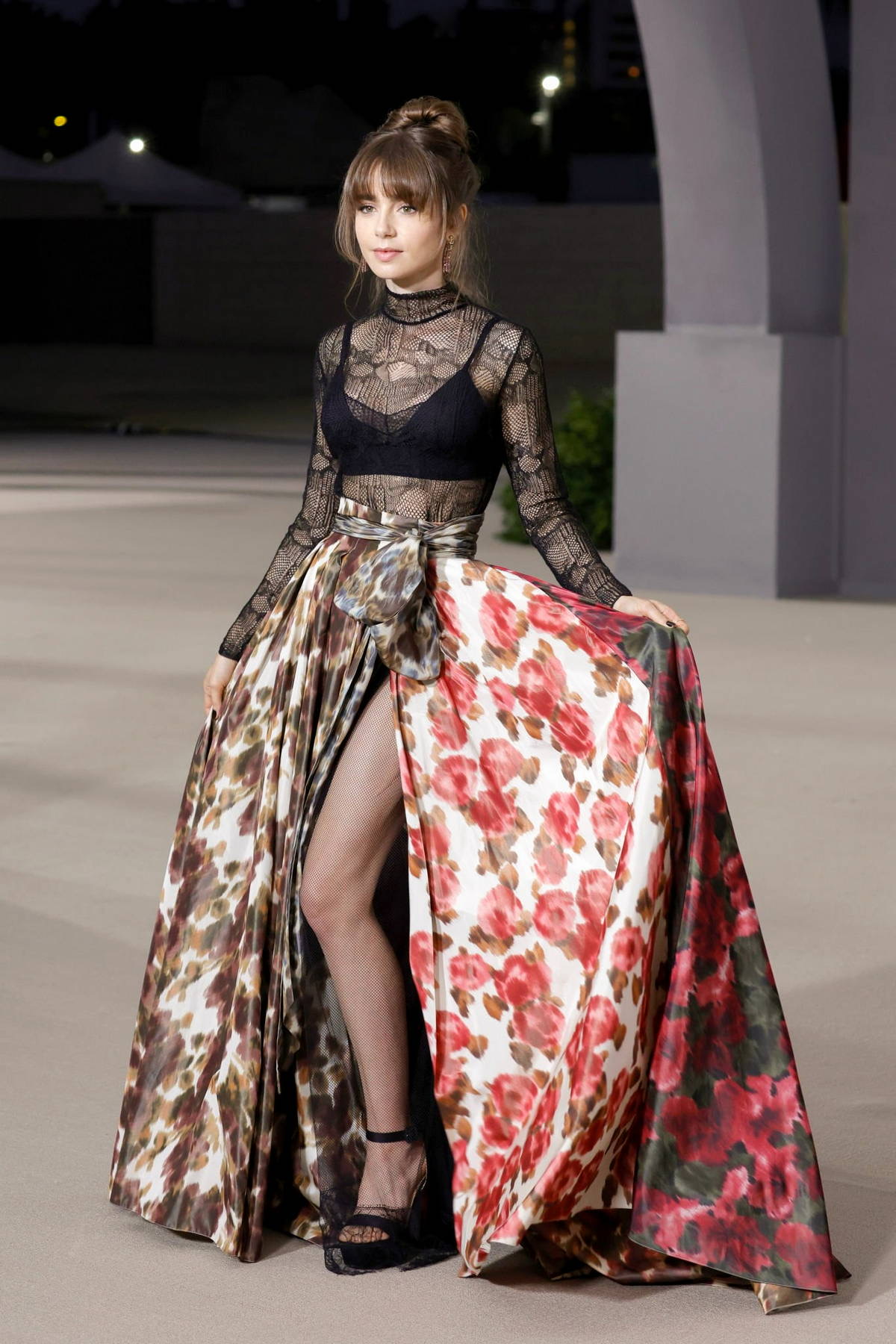 The next memorable celeb look of the night is Jodie Turner-Smith in Gucci, this silk green gown was like no other with periwinkle feather cuffs and a buzzcut to match. This beautiful garment demands attention with the plunging neckline showcasing Jodie’s ample assets and gold lace floral embroidery flowing all over the dress while accessorising the look with extravagant earrings to truly give this stunning look a Gucci finish. 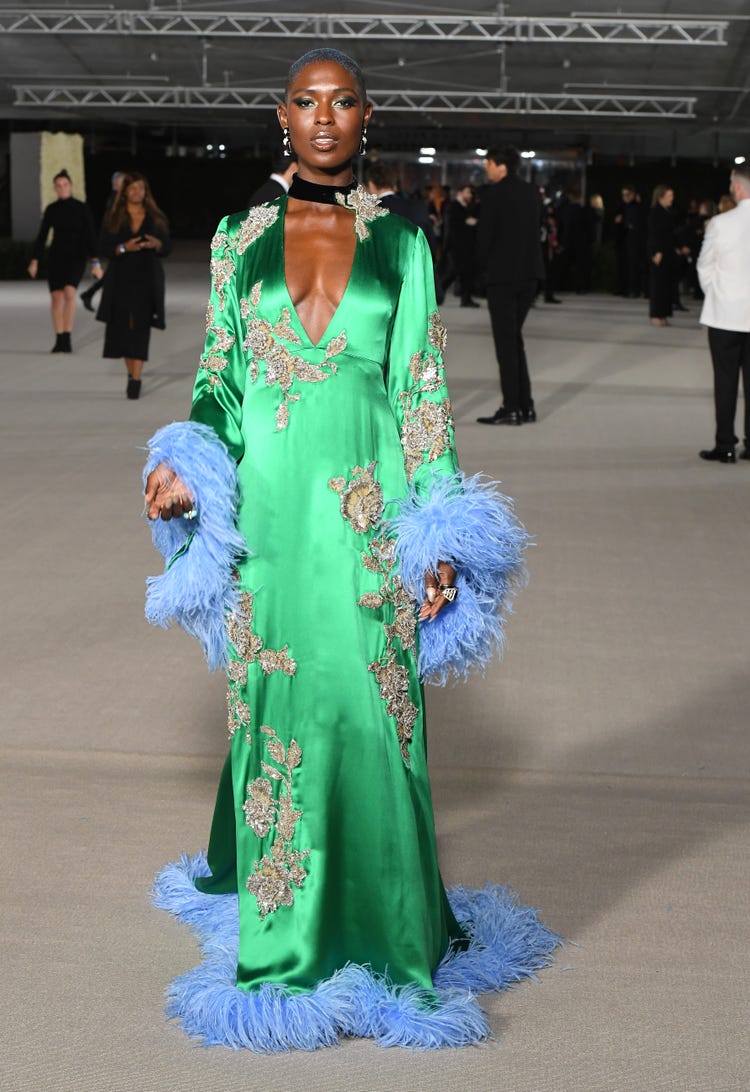 Naomi Scott appeared for the occasion in what seemed to be a creamy yellow sheer beaded bustier dress of our dreams giving a lingerie-like feel by Erdem Moralioglu that featured tie-on strings across the shoulders. This stunning number was accompanied by a white tulle overlay that flowed gracefully right down to her ankles and matching sheer elbow-length gloves, the Aladdin star paired this elegant look with a tangerine lip to break up creamy colours. 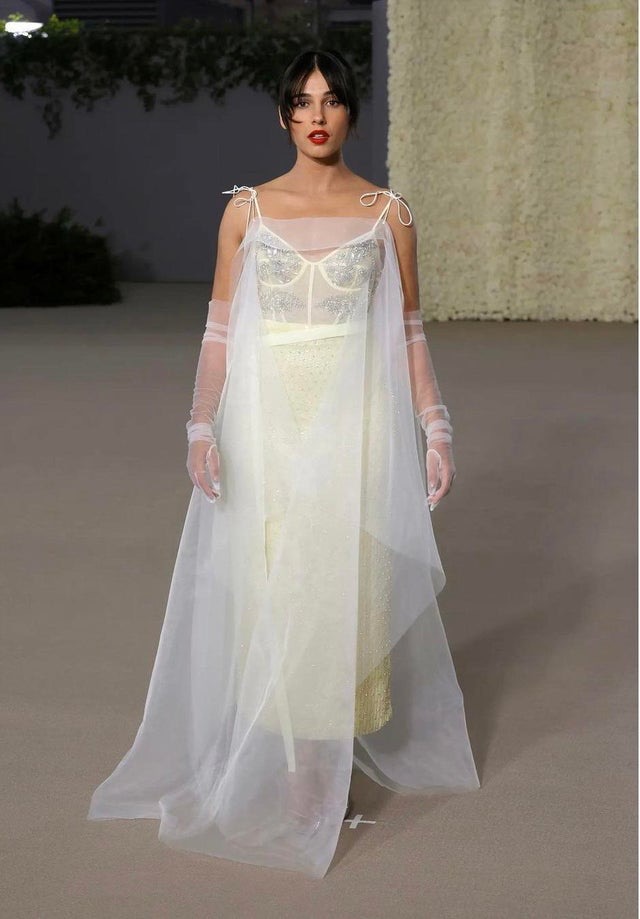