In between wrapping up her gig as the host of Australia’s Got Talent and just before kicking off her A Star is Born + Greatest Hits national tour, multi-platinum-selling, ARIA award-nominated singer and songwriter Ricki-Lee Coulter travelled north from her home on Sydney’s Northern Beaches to speak to Façon about her dreams of becoming a star, the lessons she learnt along the way and what fame means to her today. 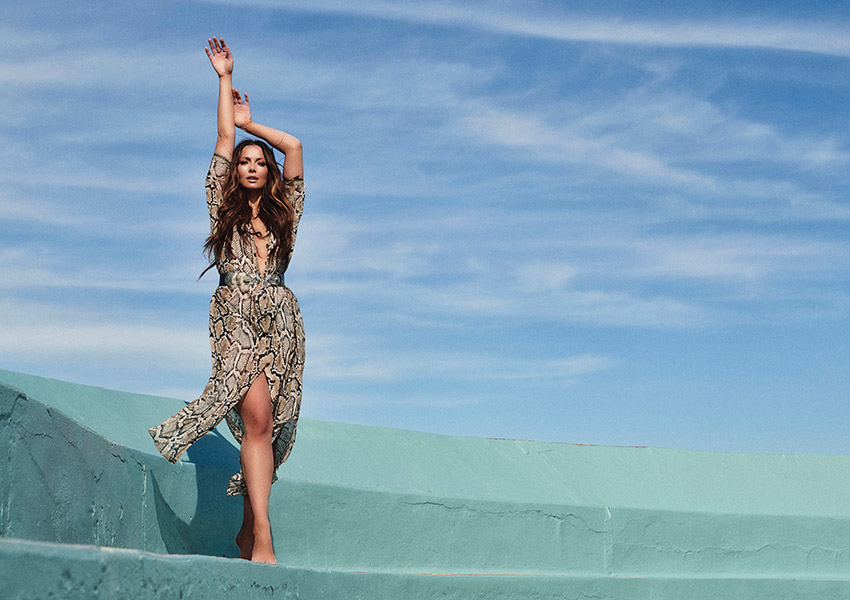 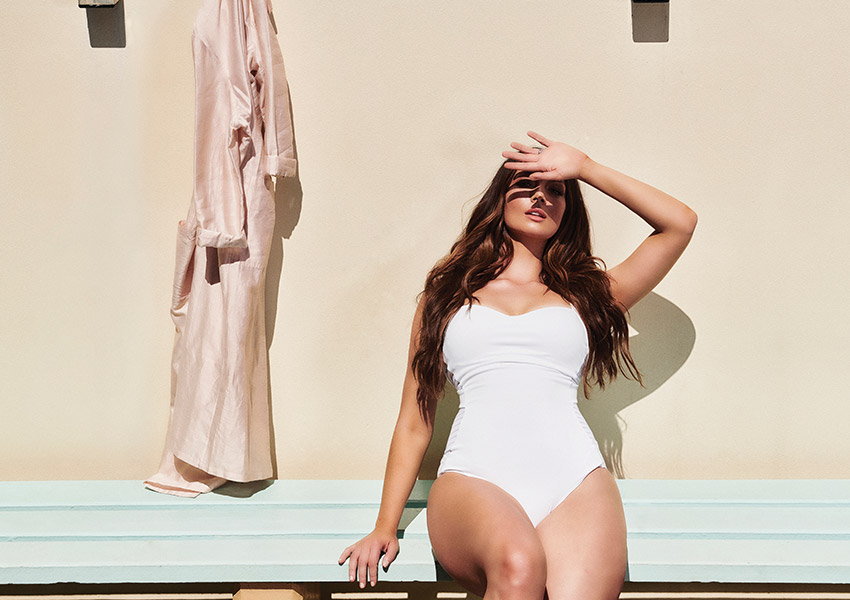 Ricki-Lee Coulter is a straight-shooter. She says what she thinks, and she doesn’t hold back. She’s not ashamed to admit that she doesn’t care much nowadays what people think of her, and she’s more than happy to cut those close to her if they cross the line. If I’m setting the scene for a diva-like cover star, the truth is far from it.

In fact, one of the most startling things about the performer is how down to earth she is. She’s unapologetically herself, without any airs and graces.

Our interview is splattered with obscenities, she’s real and she’s truthful; in fact, one of her opening lines to me is that she doesn’t have an agenda, she’s not going to feed me any lines.

But then, she really doesn’t have to. Ricki-Lee has turned her 15 minutes of fame into 15 years of international success and if she’s got anything left to prove, it’s not to us.

Having achieved fame thanks to reality television, the Australian Idol alumni pulled off that rare feat of maintaining relevance in a notoriously short-lived, cut- throat industry.

In the Insta-era, where fame can be bought through notoriety, Ricki-Lee has proven she has staying power. If her success comes as a surprise to a few naysayers in the industry, it’s of no surprise to Ricki- Lee herself.

From the tender age of 12 she had her sights firmly set on stardom and she hasn’t taken her foot of the accelerator since. There have been ups and downs, forks in the road, bridges set fire to and lessons learnt, but still on reflection, Ricki-Lee is hesitant to say she regrets any of it.

“I’m proud of everything I’ve done,” she says. “I’ve succeeded and I’ve failed. I’ve done great things and I’ve made massive mistakes, but everything has gotten me to where I am today – which is the happiest I’ve ever been.” 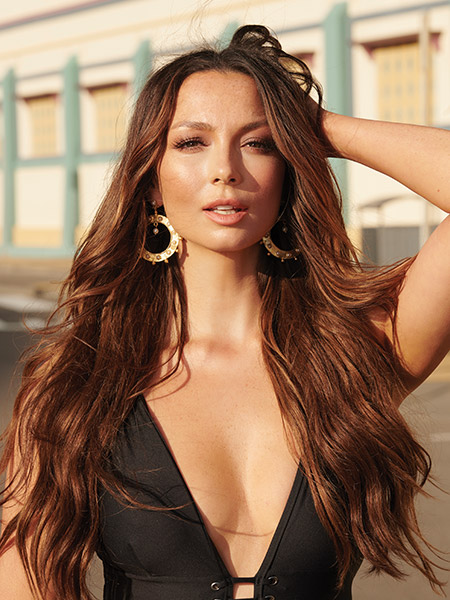 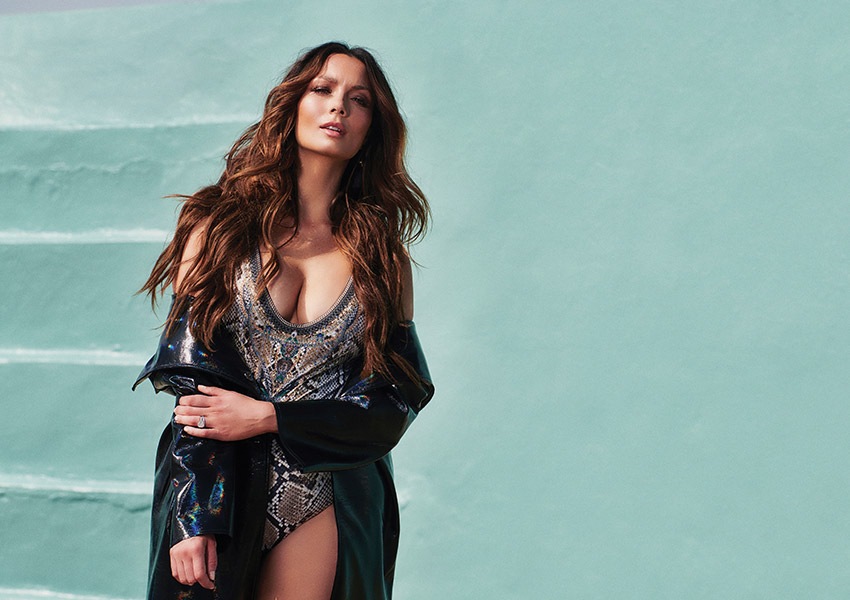 Continuing on, the singer reveals that her public and private life are both in an immensely good place at the moment, much of which she credits to her relationship with husband – and manager – Richard ‘Rich’ Harrison. As a manager, he protects her career, and as a husband, he helps protects her happiness.

Along the way they’ve learnt to set up barriers between their personal and work life and they’re a formidable team. Despite spending every day and night together for the past 10 years they still make each other laugh and obviously enjoy each other’s company. “He’s still my favourite person,” she says.

This year has been a busy year for the power duo, much of which has included hitting the road for Ricki-Lee’s sell-out tour singing her greatest hits and covering the soundtrack to A Star is Born.

Seeing Ricki-Lee on stage, it is clear she loves to perform. Her shows are high-octane, electrifying and move you from party anthems to love ballads and everything in-between. As a child she recalls watching Michael Jackson perform on TV and was inspired by the power his music had over his fans and how he captivated his audience.

“One look from Michael and the crowd would just erupt. Watching him perform was one of the most powerful moments in my musical life,” she says, adding she was only eight years old at the time. “The power music had over people and the way it could be used to control the feeling in a room… I wanted to be able to do that.”

On the set of our cover shoot at the iconic Newcastle Baths, Ricki-Lee is as badass in real life as she is on stage and is a natural-born performer. She’s entertaining, funny, full of wisecracks and is not impartial to the odd selfie. At one stage she playfully tells photographer Myles Pritchard that he can go home because she’s got the shot.

It’s this easy-going confidence that Façon editor Lara Lupish has been drawn to since they began working together eight years ago.
“Ricki knows how to work the camera and work a room. She’s got this incredible ability to angle her body in just the right way to show off those killer curves and she makes anything I dress her in look amazing,” Lara says. “She projects such a level of confidence that she can literally pull off anything.”

Ricki-Lee credits this stage presence to the strong women in her life; she grew up surrounded by larger-than-life personalities. Her mum was one of seven children, six of whom are women.

“The women in my life are fierce,” Ricki-Lee says. “They’re strong and confident, sexy and boisterous. I get a lot of who I am from them and I like to think I embody that spirit.” 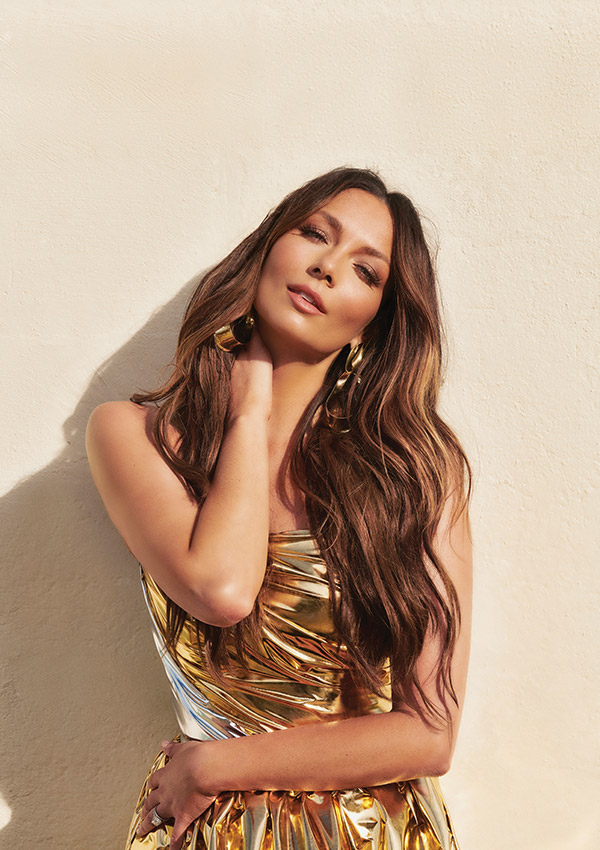 Dressed in a gold couture gown by Australian designer Toni Maticevski, Ricki-Lee certainly does deliver on all of the above. She epitomises everything Lara looks for in a Façon cover girl.

“Gone are the days of fashion magazines putting skinny, under-aged models on their covers,” Lara says.

“In today’s day and age, our readers are looking for substance. They want aspirational. They want powerful. They want to see women who might not fit your typical fashion cover but who are achieving incredible things nonetheless. Ricki-Lee is certainly a role model we can all aspire to.”

Over the course of 15 years, Ricki-Lee has certainly cemented herself as one of Australia’s most successful performers and has remained humble of her achievements.

She’s had some big ‘pinch me’ moments, including seeing her platinum hit Can’t Touch It played as part of the Sex and the City 2 soundtrack and performing to millions of people around the world when she opened and closed the Commonwealth Games in her home town on the Gold Coast.

It’s clear she doesn’t take a second of it for granted and still has a childlike enthusiasm for the experiences her success has brought her.

“I’ve been lucky enough to live out so many of the dreams that I had as a kid. I’ve been able to travel the world, perform my shows in different countries and hear tens of thousands of fans sing my songs back to me.

All I ever wanted to do was perform,” Ricki- Lee says, and she certainly never fails to deliver. 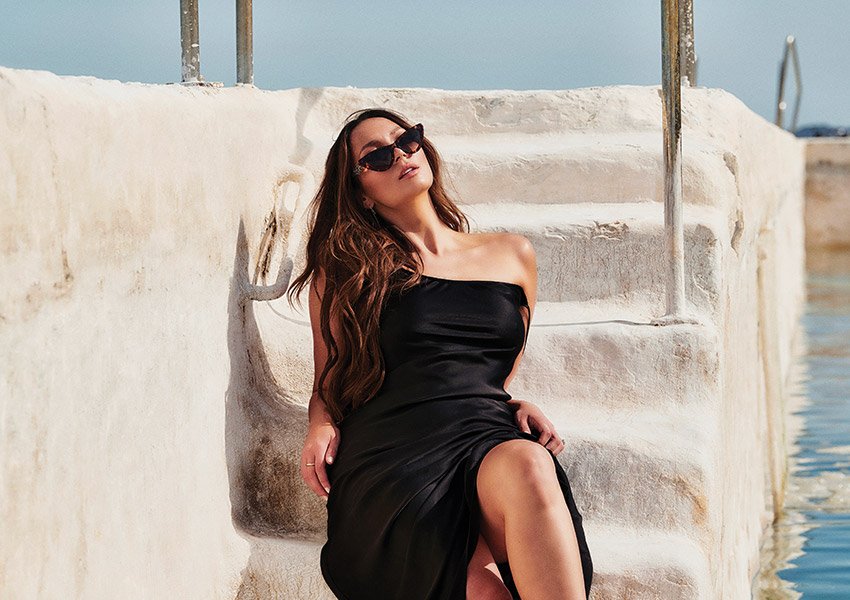 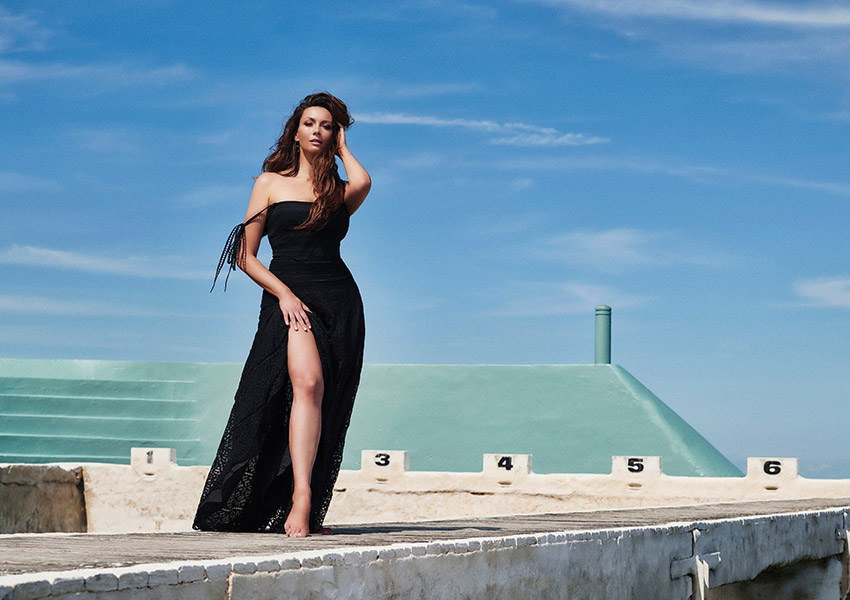