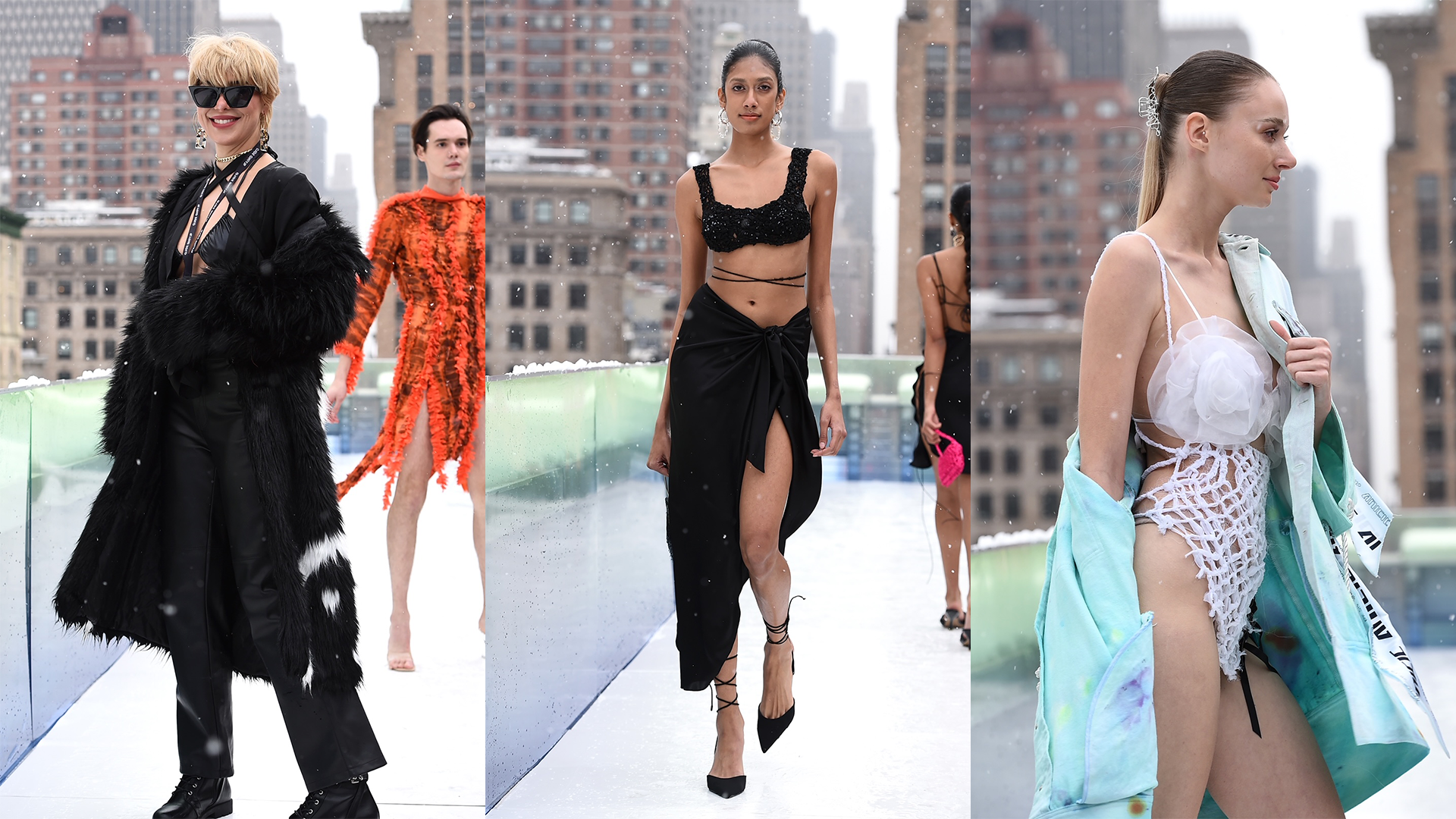 The label was founded by Swedish fashion designer, Anna Anicic, in December of 2020 with goals to embody her beliefs in diversity, gender fluidity, sustainability, and vegan, cruelty-free production. All of the materials in the collection have been locally sourced in Sydney, and are natural, vegan, biodegradable, end of the line, or recycled fabrics including vegan silk, organic linen, and cotton, and the latest collection embodies this completely.

“I describe the latest collection as ‘neo-couture’, as each look is inimitable. Many looks feature a unique braiding technique developed specifically for this collection, with leftover materials re-used to create different yarns. Similarly, different dying techniques are used meaning that while the look can be replicated, the intricacies of each piece are distinctive,” says Anna Anicic.

So with it’s NYFW debut showing boldly sustainable and androgynous design, ANICIC is bringing Australia to the rest of the world as a leading example of sustainable and socially progressive fashion design.

“ANICIC challenges mainstream body and gender norms. The clothing is contemporary, self-actualising, and experimental, re-writing what it means to be masculine or feminine by experimenting with silhouettes and re-imagined proportions,” says Anna Anicic.

“ANICIC is here to make people understand we can change the game for a better future. Fashion reflects the socio-economic climate we live in, which is currently to manufacture and throw away clothing. ANICIC’s ambition is to change this perspective, creating sustainable, timeless pieces. ANICIC strives to innovate and develop better, more sustainable practices and technologies in design,” she said.

The collection embodies this vision not just in it’s production and materials, but also in it’s aesthetics. The silhouettes combine soft, feminine shapes with masculine sharp cuts, while the colours are inspired by acidic lakes, lava, corals, and bacterial formations. The colours are produced using non-toxic cold-water dyes, creating unique shibori-inspired prints. This also extends to the accessories, which have been made with vintage glass beads, crystals, and ocean-safe plexi.

“To think that ANICIC is only in its infancy and has displayed at New York Fashion Week demonstrates the demand from people today for ethical, diverse and sustainable clothing. The opportunity to show the collection, but more importantly the values ANICIC stands for, is only the beginning of ANICIC pushing its agenda,” concludes Anna Anicic.